Cover Reveal – On a Crooked Track

Posted in Artwork, On a Crooked Track, and The Chained Adept 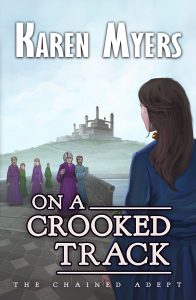 Here's the final draft of the cover art for the fourth and final book of The Chained Adept series. There will still be some tinkering with the position of the author name for consistency with the other covers, but my cover artist Jake Bullock is done with the illustration.

The scene I wanted to illustrate was Penrys returning to Tavnastok in Ellech. The famous Collegium lies across the river, but her passage is barred by some of her old colleagues.

See how it looks with the other three books in thumbnail, compared to other fantasy covers (click to enlarge). This is the acid test for legibility.

We began with three sketches to sort out the composition. 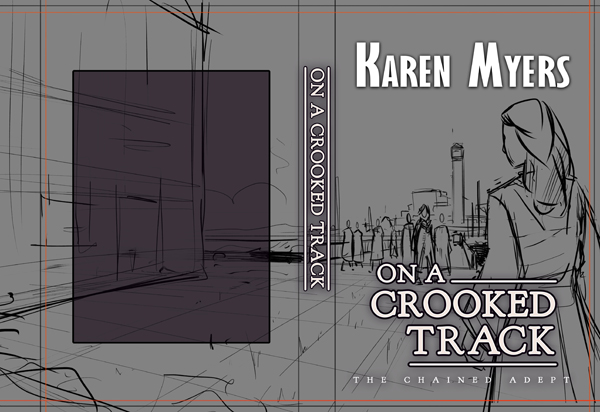 Too crowded. How about putting the Collegium up on a hill across the river? 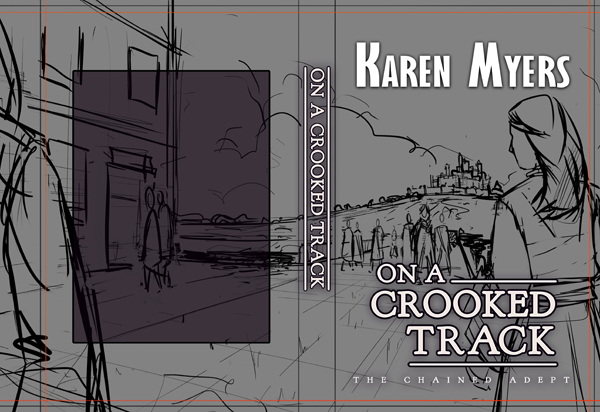 This became the foundation for a more realistic sketch.

The basis for the final drawings.

Overcast and dark, and the river became invisible, making the bridge unidentifiable. But we made sure the men were bearded. 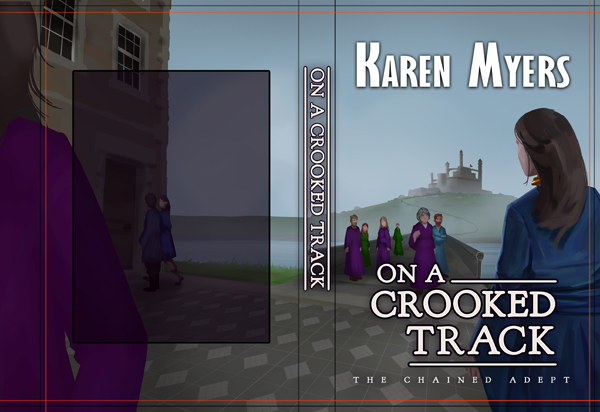 The river returns, and we remember that most of the folks in Ellech are light-haired. 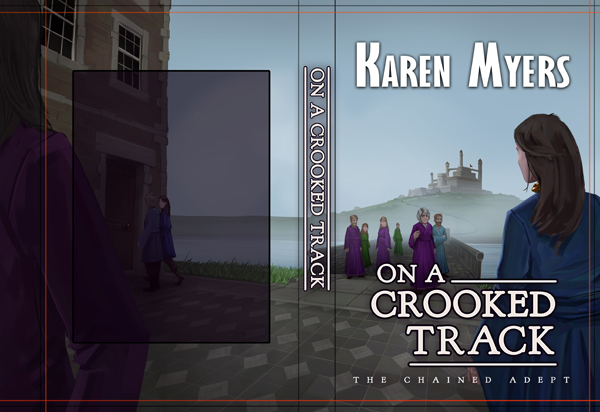 Getting darker instead of lighter. Wrong direction! Can't make out any of it at thumbnail size, and the print cover would become very dark. 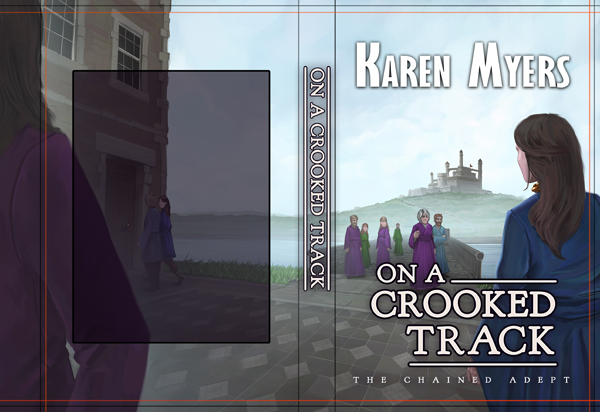 Yes! Much better lighter, and a pleasing print version as well.