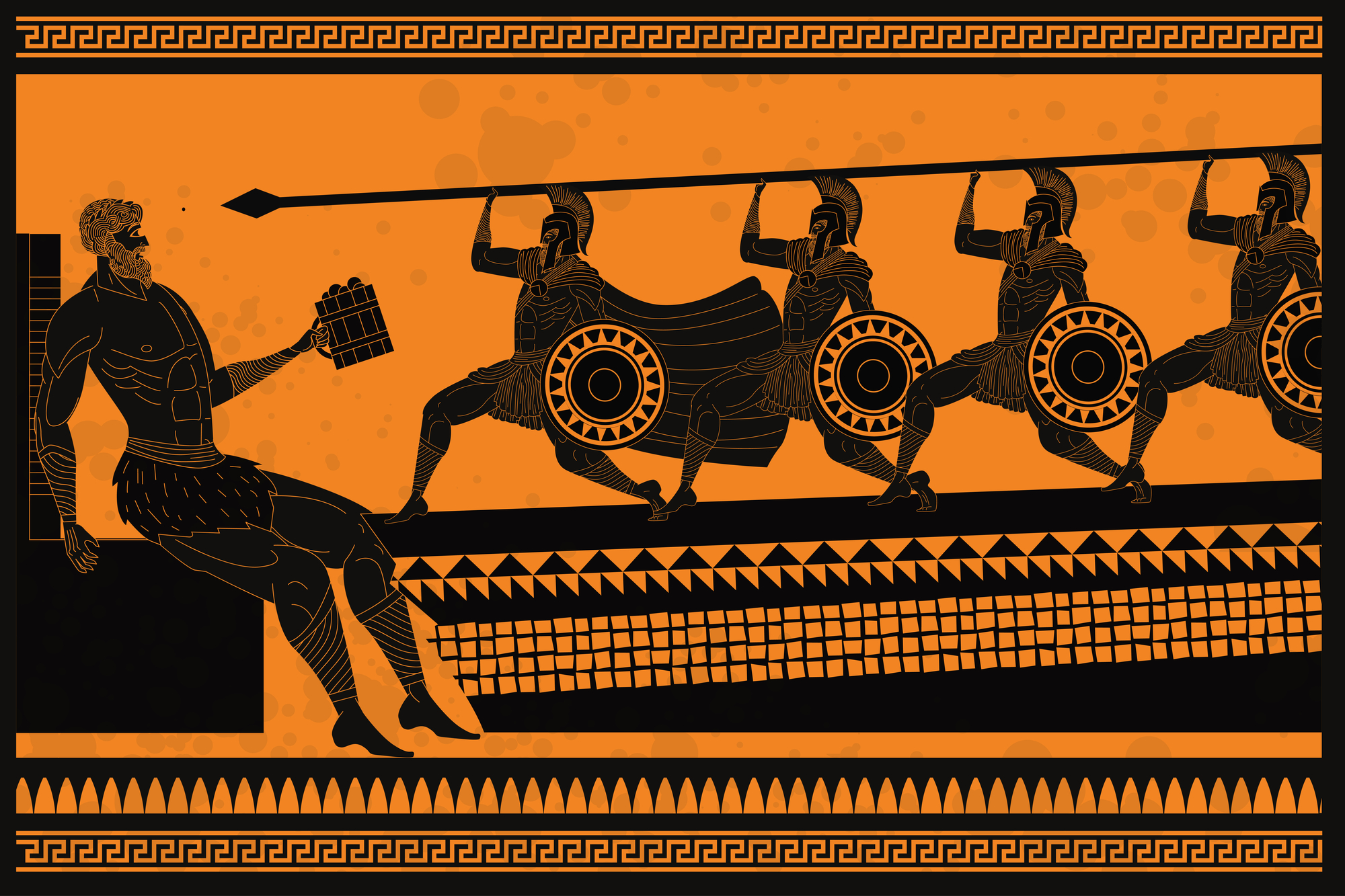 Posted in Heroes, Plot, and Villains

Never be afraid to revive the old tales (poor monstrous Polyphemus, about to be blinded by Odysseus after a hard day's work shepherding). They've survived this long for a reason.

How do we change from feral infants to moral men? By learning the stories of our culture, and we've had stories for as long as we've had language.

We tell each other stories of how cleverness can beat strength, of how strength can defeat evil, of how evil can seduce weakness, of how weakness can learn cleverness.

We learn the many ways that we can make wrong choices, at the peril of our lives or our souls, and how we can rescue ourselves and others from those choices. Or fail.

Humor, stoicism, endurance, discipline, sacrifice, kindness, temptation — stories give us a handle on all these things.

The foundational religious texts are just, after all, more stories teaching the same things. The existence of the actual deities are the excuse for the stories, but the stories themselves are what strike to the core of how to communicate the morality of the lessons.

Morality is essential to humans — we can't escape it. If we don't imprint on a worthwhile cultural template, then we'll imprint on a bad one. In terms of education, “reading, writing, and, ‘rithmetic” are secondary to language and morality. If we don't learn moral codes of behavior, moral ways of life, well… the rest matters very little.

And we learn how to behave by the stories we hear. Religious or philosphical or ethical justification for those behaviors comes later.

So tell good stories — stories we can learn from. Stories we need to hear.

Storytelling – as Old as Humanity 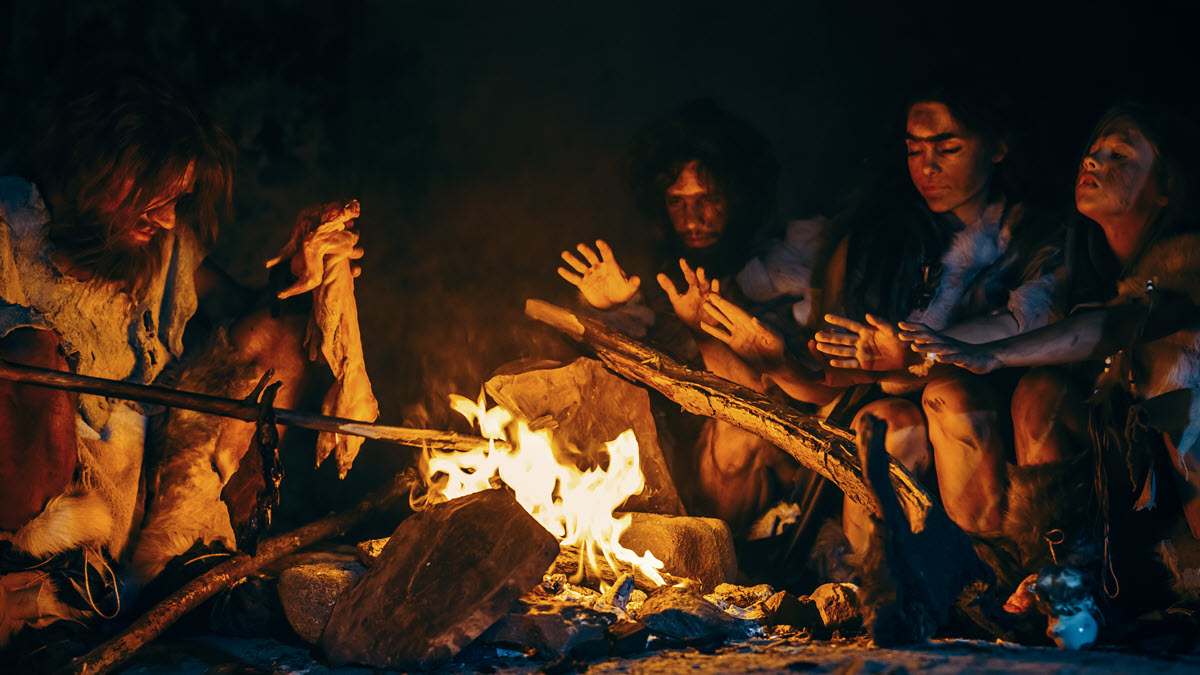 Storytelling – as Old as Humanity

Posted in Characters, Heroes, and Villains

Given language, what do you use it for? Teaching moral tales…

I've often contended that storytelling is as old as humanity, and as fundamental a tool as opposable thumbs. Not only do we tell each other useful things about physical reality as we understand it, and make plans for actions, but we also talk about social reality — how humans behave, and why, and what the best strategies are for getting along with other humans. This is how we learn proper behavior. We use stories to illustrate these strategies, to explore what can happen or has happened in the past, and why.

It's no surprise that many of our stories are moral tales. How could it be otherwise, when we need to understand other people, and seek a model for our own choices?

There is often a “modern” complaint about black-and-white characters, that people are really more complicated than that. And modern literature is often fascinated by more “realistic” characters who act in, shall we say, morally complicated ways.

But the older stories: the religious tales, the ancient epics, the traditional ballads, the fairytales — all of these tell their tales using more archetypal characters — the young, the good, the well-meaning, the helper, the evil, the ill-wishing, and so forth. It's not so much that these are unrealistic characters. It's more that they are stripped down to their essentials of character and motivation, always recognizable.

Periodically, the evolutionary psych crowd rediscovers the persistence of this way of telling stories.

The villains of Atlas Shrugged

Posted in Characters, and Villains

It's not the heroes of Ayn Rand's Atlas Shrugged (1957), nor its peculiar human simulacra, nor its polemical message that make it such an influential book, still a perennial best seller after 60 years (800,000 copies/year). According to a Library of Congress poll, Atlas Shrugged is the second most influential book after the Bible, at least in America.

Like many others, I came across the book at the perfect age and in perfect circumstances — I was 13, working summers in my father's company, just like Dagny Taggart. I had no notion of political flavors, had never heard the term “libertarian” (much less “objectivism”), and was as stunned by the length of John Galt's speech as anyone would be, but I still found the book absolutely fascinating.

At the same time I was well down the road of total immersion into what science-fiction and fantasy was available in the mid-1960s. I read it all, and when I say that, I really mean that I bought everything in the genres that was available in paperback. Everything. Thus began a habit that has run to hundreds of books per year for five decades (somewhat fewer during the dark days of New Age…).

I recently participated in a Facebook discussion where people were asked to name the most influential SFF book they read, and I suggested Atlas Shrugged. It's nominally set in the future (from 1957) even though it's not a standard genre specimen. While some agreed, others spouted the usual objections: paper characters, flawed plot, debatable ethics, and so forth.

I've never understood the visceral hatred for the book from some people. Sure, it has plenty of flaws, and it's message fiction which is generally objectionable. But no one has ever suggested it was a perfect book — why does it bear some special burden for perfection as compared to, say, Frank Herbert's Dune, or Mervyn Peake's Titus Groan?

What the detractors don't care for, I've come to believe, is Rand's depiction of the villains, the various wreckers of civilization. They are many and various, and they range from journalists, scientists, industrialists, bureaucrats, and politicians to ordinary people — wives, parents, strangers.

We see these same villains every day in the news. They couldn't be more familiar to us, now. 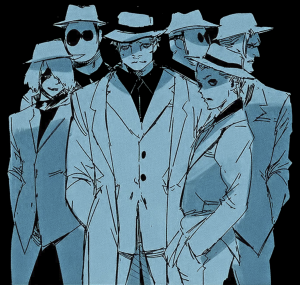 That must be unbearable to some people. Some scene will feature one or more of the these villains mouthing the same pious elite words that seek approval today, and Rand makes it perfectly obvious just how little good faith is involved and how clearly and comprehensively these policies lead to disaster. As a bonus, she illustrates the resentment that is the underlying motive for many of them.

Other SFF authors (Mil SciFi comes to mind) have dwelt upon a limited subset of these people, in the context of a (military) bureaucracy gone mad, but no one has been so thorough and wide-ranging and… accurate as Rand.

I reread the book every few years, and the villains become ever more non-fictional. The heroes may not be 100% convincing, but the villains certainly are. I'd be delighted if I could make my own villains half as compelling.