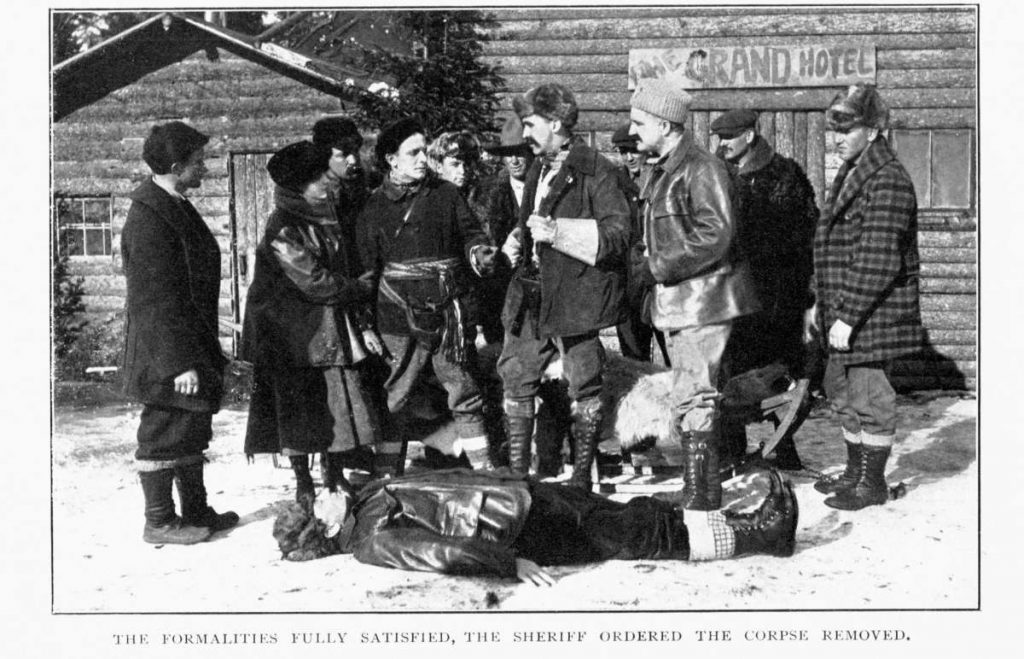 A bunch of the boys were whooping it up in the Malamute saloon;
The kid that handles the music-box was hitting a jag-time tune;
Back of the bar, in a solo game, sat Dangerous Dan McGrew,
And watching his luck was his light-o'-love, the lady that's known as Lou.

When out of the night, which was fifty below, and into the din and the glare,
There stumbled a miner fresh from the creeks, dog-dirty, and loaded for bear.
He looked like a man with a foot in the grave and scarcely the strength of a louse,
Yet he tilted a poke of dust on the bar, and he called for drinks for the house.
There was none could place the stranger's face, though we searched ourselves for a clue;
But we drank his health, and the last to drink was Dangerous Dan McGrew.

There's men that somehow just grip your eyes, and hold them hard like a spell;
And such was he, and he looked to me like a man who had lived in hell;
With a face most hair, and the dreary stare of a dog whose day is done,
As he watered the green stuff in his glass, and the drops fell one by one.
Then I got to figgering who he was, and wondering what he'd do,
And I turned my head — and there watching him was the lady that's known as Lou.
His eyes went rubbering round the room, and he seemed in a kind of daze,
Till at last that old piano fell in the way of his wandering gaze.
The rag-time kid was having a drink; there was no one else on the stool,
So the stranger stumbles across the room, and flops down there like a fool.
In a buckskin shirt that was glazed with dirt he sat, and I saw him sway;
Then he clutched the keys with his talon hands — my God! but that man could play.
END_OF_DOCUMENT_TOKEN_TO_BE_REPLACED
Karen Myers
2 Comments 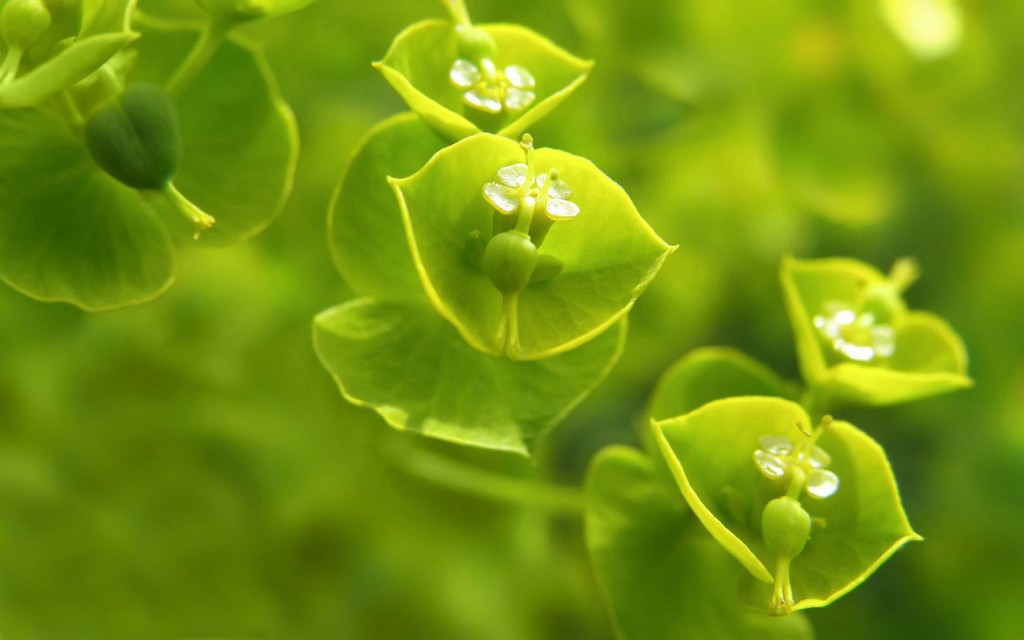 Between my knees my forehead was,—
My lips, drawn in, said not Alas!
My hair was over in the grass,
My naked ears heard the day pass.

My eyes, wide open, had the run
Of some ten weeds to fix upon;
Among those few, out of the sun,
The woodspurge flower'd, three cups in one.

From perfect grief there need not be
Wisdom or even memory:
One thing then learnt remains to me,—
The woodspurge has a cup of three.

As close as we can get to dragons 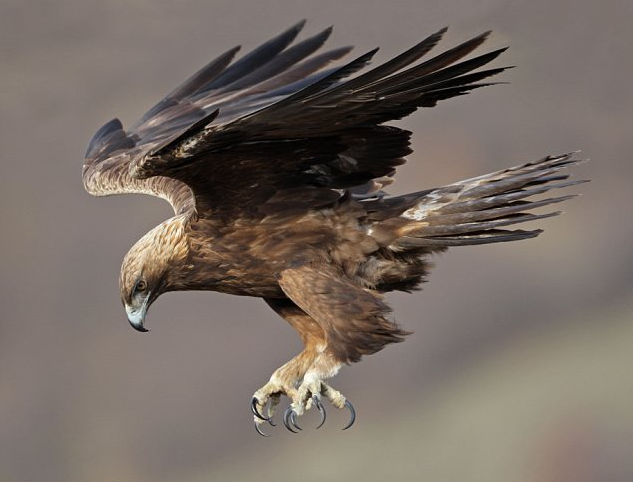 He clasps the crag with crooked hands;
Close to the sun in lonely lands,
Ring'd with the azure world, he stands.

The wrinkled sea beneath him crawls;
He watches from his mountain walls,
And like a thunderbolt he falls.

Just as exciting when “domesticated”.

Of brownies & of bogles full is this book

WHEN chapman billies leave the street,
And drouthy neibors, neibors, meet;
As market days are wearing late,
And folk begin to tak the gate,
While we sit bousing at the nappy,
An’ getting fou and unco happy,
We think na on the lang Scots miles,
The mosses, waters, slaps and stiles,
That lie between us and our hame,
Where sits our sulky, sullen dame,
Gathering her brows like gathering storm,
Nursing her wrath to keep it warm.

O Tam! had’st thou but been sae wise,
As taen thy ain wife Kate’s advice!
She tauld thee weel thou was a skellum,
A blethering, blustering, drunken blellum;
That frae November till October,
Ae market-day thou was na sober;
That ilka melder wi’ the Miller,
Thou sat as lang as thou had siller;
That ev’ry naig was ca’d a shoe on
The Smith and thee gat roarin’ fou on;
That at the L — d’s house, ev’n on Sunday,
Thou drank wi’ Kirkton Jean till Monday,
She prophesied that late or soon,
Thou wad be found, deep drown’d in Doon,
Or catch’d wi’ warlocks in the mirk,
By Alloway’s auld, haunted kirk.