Category: The Visitor, And More

I'm working on a scifi story collection called There's a Sword for That (using a fantasy motif in a scifi context — just for the fun of it). The tales come out of a weapons shop on a space station, which you can see on the cover.

The collection won't be ready for a while, so I've released a couple of two-story bundles in the meantime, for your amusement. 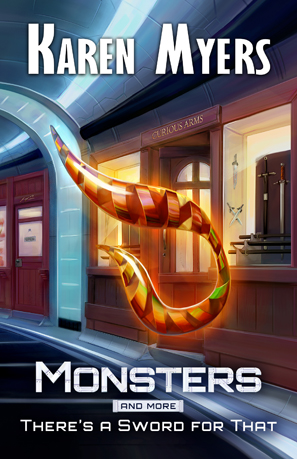 Monsters – Xenoarchaeologist Vartan has promised his young daughter Liza one of the many enigmatic lamedh objects that litter the site of a vanished alien civilization.

No one can figure out what they're good for, but Liza finds a use for one.

Adaptability – The Webster Marble Deluxe Woodsman, Model 820-E, has been offline for quite some time. Quite some time indeed.

Good thing Webster has a manual to consult, and a great many special functions. 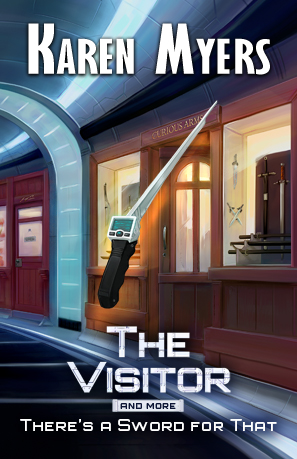 The Visitor, And More — A Science Fiction Story Bundle

The Visitor – Felockati is anchored to his permanent location underwater and misses the days of roaming his ocean world freely.

But something new drops out of the sky and widens his horizons — all the way to the stars.

Your Every Wish – Stealing the alien ambassador's dagger is a sure thing for Pete — just what he needs to pay off his debts.

Until he starts talking to it. There has to be a way to get something for himself out of the deal. Has to be.

The Visitor was previous published in Strange Horizons.

There’s a Sword for That 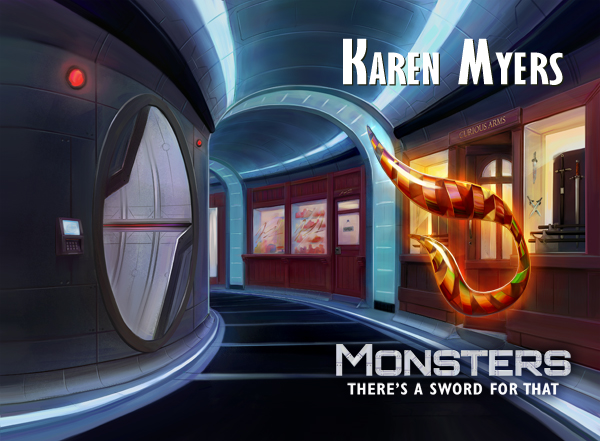 In addition to the novels I'm currently working on, I'm making a practice of producing more short stories and submitting them to various magazine and anthology markets. Rather than just search for random topics, I've decided to write as many of them as possible for ultimate inclusion in a single collection, called There's a Sword for That.

As you can see from the progress meters on the right, there are four stories so far. This is a science fiction collection, not fantasy, somewhat unexpectedly for stories with swords in them. So far, they've included children, sessile tentacular creatures, intelligent multi-purpose devices, and a famous historical kris (not all at once, of course).

There's a frame to this collection — the Curious Arms weapon shop, tucked away on a space station. All the covers will show the weapon shop and one of the weapons (the cover for the collection will include a rosette of all the weapons).

As each story completes the submission process and becomes available again, it will be published by Perkunas Press, and eventually the entire collection will be available as a book, too. That's more than a year away for some of the stories, but at least a few should be available this year. Since I like to get the covers done sooner rather than later, you can at least get a preview of what they'll look like.

Over the next year or so I will be writing a dozen stories or more for a science fiction collection called There's a Sword for That. It will feature bladed weapons, one per story, in unusual contexts, tied together by the shop that houses (and sells them) aboard a space station

The first story is Buntel Mayit, a tale of an ancient and famous keris (kris) cursed by the shaman/smith who was its first victim. Far in the future, it is still seeking revenge on dynastic opportunists. Captain Frans Krajenbrink, Keris Mpu Gandring, and the freighter Ken Arok out of New Java have a fateful encounter with an ambitious alien.

Each story will go through the submission process for magazines before being published by Perkunas Press, so it will be a while before you can read them. I'll keep everyone posted as soon as any story becomes available in either magazine or Perkunas Press versions.

Meanwhile, here's a look at the very first draft sketch for the cover of the collection, featuring the sword shop, from artist Jake Bullock who provided the cover for The Affinities of Magic. 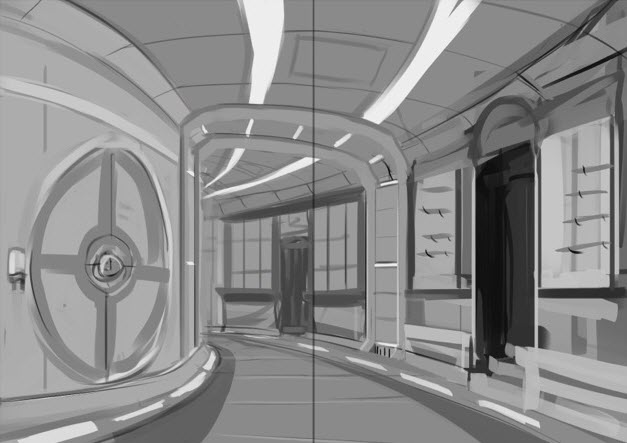