Posted in Fantasy, Short Story, The Empty Hills, and The Hounds of Annwn

Another short story from the world of The Hounds of Annwn.

George Talbot Traherne shows a bit of the human world to family and friends, hoping to share some of the sense of wonder he discovered when he encountered the fae otherworld.

This short story takes place during the events in King of the May. 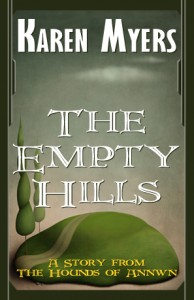 George Talbot Traherne turned in his saddle and checked to make sure everyone had followed him through the way without difficulty. The last time he’d brought them to the grounds of Bellemore a week ago, he’d had to cut the visit short, but this time he was determined to show them a bit more of his human world. His discovery of the fae otherworld a few months ago had changed his life and brought him a family, and he wanted to give them the opportunity to discover adventure in his world in return.

Angharad rode by his side, the new life within her not yet showing. He was nervous about her being on horseback but she’d assured him there was nothing to fear, this early. She’d had other children in her long life and he knew she was a better judge of it, but he would be a father for the first time and he couldn’t help worrying.

She looked at him now, rightly judging his concern. “I’m fine,” she said. “Is the weather the same in both places? It seems to me it was cloudier on the other side.”

She peered up at the sky, her auburn braid touching the saddle behind her as her head leaned back. It shone against the rich blue of her riding habit.