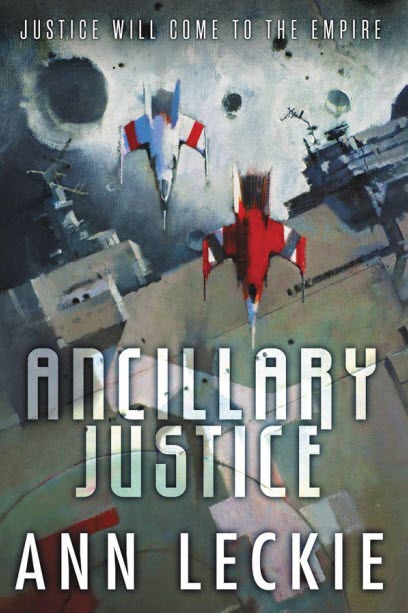 How espousing a cause can cripple a novel

With one caveat — she is so concerned about making a modern cultural point (“what if there were no real differences between men and women”) that she undermines one of the tropes of her world.

While I don't agree with her premise (“what if there were no differences…”), I don't object to her use of it — these sorts of “what-ifs” have always been part of SFF. But let's look at how she instantiates it.

To begin with, the primary language uses only an ungendered pronoun, so everyone is referred to as “her”. This may seem, um, “brave and stunning”, but actually English is already headed there with the use of “they” as a genderless singular (e.g., “If anyone comes early, give them a drink.”) So, while the gimmick is a bit irritating, it doesn't really matter.

Her principle character (an AI embodied in a human form) is, like many of the other characters, hyper-observant, using each twitch or wrinkle on a face or skin temperature change to infer internal moods and thoughts. She can distinguish class, culture, emotion, and other significant attributes just by facial and postural observation.

However… whatever you may think of sex differences, sex is an evolutionary characteristic. It's in our genes. We can decide to behave as if these embodied manifestations don't matter in our culture, but we can't decide that they don't exist. That is not within our power.

And given that they are indelibly in our genes, whatever trans-choices are made by chemicals and surgeons, they surely contribute as much to perceptible impressions as class, culture, emotion, and other significant attributes.

Consequently, every time the hyperobservant characters scan someone's face to determine what they're thinking, and then revert to the genderless pronoun, I am thrown out of the story, because it is impossible to believe that the sex of the person is not in principle observable, and that the sex's genetically-based behavioristic probabilities are not available to be taken into account by the observer.

A phrase along the lines of “she looked like she felt X but she was from the Y culture so she probably felt Z” doesn't fly, if it doesn't include something like (“and she was probably male so maybe she felt something else”). Pretending that there aren't predictable differences on average re: probabilities for an embodied trait like sex takes a lot more work to justify, since it means ignoring hundreds of thousands of years of evolution.

The novels aren't set that far in the future…

It's not bad enough to rate one of my Irritated Reviews, because the books are otherwise quite good, but it's definitely a blemish, and a very characteristic one among some feminists — thinking they can simply wish away something they don't like. Reality doesn't work that way, and that includes the pseudo-reality of a fictional world.