Checking up on book distributors

Posted in Distribution, and Just for Writers 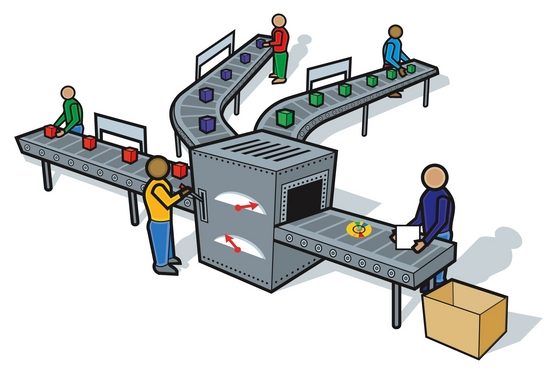 So, you've gone wide and international with your ebook distribution, and your print edition is in Ingram's database, making it available to a fair chunk of the world's bookstores, both physical and online. Your dashboards that list your titles with your various distributors all look fine and dandy. You've given them your books, and they're making sure they're getting into the world's bookstores.

Time to sit back, proud of your books' availability in online stores all over the world, right?

If only it were that simple.

How are my distributors doing?

It’s not easy to figure that out.

I've been trying to sort out my various distribution options recently as I retire a couple of distributors and take on new ones. It's a confusing area, and the lists you can get of their channel partners are not always current or complete. I was focused on who had the best reach, or reached unique retailers, with reasonable returns and the ability to turn channels on and off to avoid duplication.

I get to retailers in a variety of ways.

Of these, I use PublishDrive to reach every channel (including Apple iBooks and Google Play) that I don't go to directly. I restrict Smashwords to its storefront and its unique partners only. PublishDrive, Streetlib, and Smashwords all let you select or disable individual partner channels to avoid overlap.

Already there are complications — Kobo is also a distributor, so though I go there directly, it distributes my titles to its own partners. There is no ability to pick and choose among Kobo's partners, so it's up to me to avoid enabling one of Kobo's partners at one of my other distributors. (Perhaps that can be controlled at the manual level, via email requests to Kobo, but I prefer something more automated and reliable.)

Other complications — I have to manually request special retail pricing for Google Play, to keep its automated discounting from creating a problem with Amazon. Hard to find distributors that will let you set per-channel pricing, but I think that must be essential to adjust pricing in different parts of the world (like India).

Createspace only distributes to Amazon so there are no channels to disable to avoid duplication. Ingram can't provide a list of print partners — much too broad, and much of its reach is through intermediate distributors or aggregators. No telling where your books will end up at online retailers.

Where are your books, really?

I began by taking the lists of known channel partners from PublishDrive, Smashwords, Kobo, and AuthorsRepublic. I then went to each of those sites and tried to find my books there. That alone was an eye-opener.

It's not possible to do this for your print editions — there's no list of partners to be had. Nonetheless I kept turning up my matching print editions on the ebook distribution partners. I don't have any idea what that sequence of events is — do they receive a datafeed of my ebooks and then look for the book on Ingram? Do they carry all possible Ingram titles as a subject-to-delay option?

I've been speaking to some customer service folks at distributors who tell me that some ebook retail partners will only take your ebook distribution from a feed if they have the matching print edition (FNAC.es and FNAC.pt, for example), but how can you tell them to go get the print edition so that that can happen?

Then I discovered just how bad the website technology of online booksellers is, outside of a very, very few. Aside from bad metadata issues, which kept my titles from being discoverable, there were more basic problems. A significant percentage of sites treated a search on “Karen Myers” as an “or” search — all instances of either “Karen” or “Myers” — instead of an “and” search — all instances of both “Karen” and “Myers”. As you can imagine, for searches on millions of records, this was pointless.

Categories are largely a joke, at best — worse than BISAC. If your customer already knows your titles and your name, you may reach them, but out-of-the-blue discovery seems wildly unlikely.

In the US, we are used to comparing Barnes & Noble to Amazon and laughing at B&N's lame discovery assistance (search, categorization), but B&N is more sophisticated than a great many of my international retailers.

The vagaries of retailers and datafeeds

And then there are the errors…

This article talks about some of the things that happen once you deliver files and metadata to distributors. There are many things you have no control over.

Worst of all, even when you properly identify the source distributor and ask them to resend that datafeed, the retailer has his own schedule and may skip such an intermediate delta file. A full refresh of all the data is the only sure remedy, but that's not under your control, or the distributor's.

The receiving retailers may also decide they don't want to take your books, for whatever reason (they can't be looking at them intelligently — there are far too many — so surely it's algorithmic in some fashion.) I can't begin to guess how that might work.

Some retailers have damaged data for older titles that never seem to have been cleaned up. Others seem to be skipping short stories in favor of novels, or insisting on matching print editions. While I can understand a retailer not carrying any or all of my titles, one that has some books in a series but not others is obviously not doing that deliberately.

When you turn up similar errors in the matched print editions, I am at a loss for how to even start trying to get that fixed, since I can't tell how many intermediate aggregators there are between the retailer instance and Ingram.

Watch out for switching distributors

It's hard to say whether the problem lies with the retailer or the distributor, but in my zeal to turn to anyone-but-Smashwords for distribution to a channel, where available, I have found plenty of remnants left behind after disabling a channel at Smashwords (most recently Tolino and its retailers) in order to go to that partner via PublishDrive. That means that the datafeeds from PublishDrive for those titles are being ignored for the old remnants from Smashwords.

What can you do?

You can either ignore all this data rot, or you can attempt to force a certain level of cleanliness down the distribution channels. The first step is finding all the problems for all the retailers you can identify.

Since you can't fix the problems at the retailer directly, you have to know which of your distributors is the source for their data, and since you get the list of partners from the distributor (warts and all), that's where you start.

I sampled how my books looked on remote online bookseller sites, but it got confusing, between ebook editions distributed from one source and print editions from another, matched up (or not) on the bookseller’s site.

Finally, I bit the bullet. I put together a big fat spreadsheet with retailers grouped by distributor down the left and my titles (17 now, 20 shortly) across the top. In each intersecting cell, I dumped the URL for that title on that retailer. (For sanity's sake, I omitted any retailer in a distributor's partner list that carried none of my titles (grumbling while I did so — what good are they to me then?)

This took quite a while (hours and hours), but I’m glad I made the effort – it was very educational.

Here's what it looks like for some of the simple distributors. (The grayed-out cells represent editions that don't exist, like print editions for short stories).

The color-coding is tied to my “Notes” column. I was able to take the Kobo block (rows 14 through 25) and point out a variety of issues with their customer service. I've passed along similar dumps with commentary to Smashwords and PublishDrive.

When I find print editions at the ebook retailers, I add them to the Ingram section. (A red block means a title is missing). You can see that the print edition issues on the Tolino sites aren't severe except for missing covers and some missing titles, but ebooks (the following illustration) are another matter.

Note that the Tolino stable of ebook retailers, that I reach via PublishDrive for ebooks, has different problems. From the customer's perspective, some of my ebooks have issues, and some of my print books, and who do you think they blame if not the author? My quality rating diminishes accordingly.

Here's a case where clearly Tolino has all the print editions (with a couple of exceptions) and doesn't want to accept ebook editions without a corresponding print edition (my short stores abbreviated as “S1, S2, etc.” But there are random exceptions.

Keep on top of it

This spreadsheet goes on for 120 rows without Streetlib, which will add a bunch more. It took forever to put it together with all of those live URLs in the cells, but it's the first time I've looked at it in a disciplined way. In a couple of months, after my distributors have had an opportunity to deal with the first mega-batch of errors, I'll look at it again, and keep going through it every few months, distributor by distributor, with a “Last checked” datestamp.

No point going through the trouble of worldwide distribution if you don't make at least some effort to keep it clean. I learned quite a lot doing this, and I expect to learn more as I keep it up.