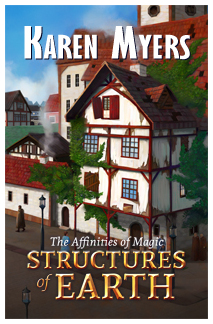 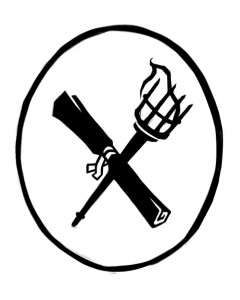 I put more work into the societal rules for using and maintaining magic guilds in the primary city under consideration — how they relate to each other, police each other, earn a living, and so forth. They are part of a fully functional society and need to behave accordingly.

As an old software engineer, building things with consistent rules just comes naturally. But, again, stories aren't about the background. They're about the people on the stage and what they want. And why they want it. And what they're willing to do about it.

So, I was off and running with a situation and characters that I liked, that show promise of producing an interesting story. But as I got into it, I began to doubt my readiness for some things. I'd only written four books so far, and they were a different sort of animal.

I have a linguistics and anthropology background, and I knew I would want to show the relationship between the base culture and some of its neighbors subliminally, through the use of different customs, languages, phrases, and so forth. But with my background in the area, I find most fantasy unsatisfying — too shallow or parochial in its understanding of languages, names, and cultures. There are some expert authors in this area, but not nearly as many as I would like, as a reader. I was unwilling to settle for a good-enough job and was unhappy with my invented stabs at artificial languages.

How could I approach the problem and learn to do it better, to create a more immersive background for my stories, one capable of bearing much more weight with its use of deep history and old symbols?

As I was introducing the first characters in the first book of the series, I began to doubt my approach to team creation in a long-running series. I lacked a rigorous sense of the roles that needed to be filled to help keep a team interesting over the long term.

I could see the problem happening, but I wasn't sure how to deal with it better.

I was also, at the time, debating building a second series as a “pantser” (writing by the seat of one's pants) instead of adhering to an outline in advance (“plotter”). You can read more about that here.

Altogether, this seemed to be a good time to pause the series. It had good bones, good world-building concepts, and good characters, but I needed to build out my story construction skills before I tackled it. I thought another half-million words would be a good investment to make in that. 🙂 Four books later…

I studied how teams are defined and managed for long-term series in various genres, and the uses that could be made of them.

I got comfortable with the whole “writing into the dark” method of novel construction and over four more books it not only lost its terrors for me, but I came to prefer it to a rigid ahead-of-time plot outline.

And I made a serious investment into partnering with a conlanger for both linguistic and anthropological verisimilitude.

Or at least as ready as I can be at this stage.

I'm bringing all by background work up to date (operating systems got upgraded, but essential programs did not in some cases, or got upgraded in unpredictable ways. Sigh…). Plus, since this series will go on for some time, the all-book series “bible” has to be robust so that I can look back several books for essential details. Always easier to build that as you go, than to try to find something ages later when you've forgotten.

Right now I'm in the process of rereading the already written material, deciding where I'll adjust it (almost all of it will stay), and figuring out what will need to deepen/widen in the world-building (maps, languages, etc.)  Then I have to give a good hard look at the structure of the first story — its “tentpoles” (the important events that mark the plot pivot points).

Once that's done, it's back into the pool with the book. I can't wait — my fingers are itching to get writing again.

I've been wanting to get to this world as a story concept since 2013, and had to apply discipline not to launch into it too ill-equipped. I'm done with waiting now.