For the love of god, learn something about historical periods before writing about them 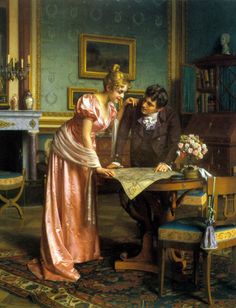 I wasn't going to post another Irritated Review™ so soon, but I was reading a Regency Romance novella and I couldn't restrain myself. I'll refrain from naming book or author, but going by the author picture, she's young.

The problems come in two particular flavors: errors of fact and behavior for the period, and modern points of view projected into the past.

Normally I object to these sorts of problems because they throw me out of a book, sometimes violently. In this case, they were so numerous that it was like trying to make out the plot while facing a hail of bullets, one after another. Soon I was no longer reading for the story, but looking for the next blooper, like a game. Here are some of the highlights.

There is only the haziest understanding of how a visitor to a town is housed, and it's not in a guesthouse, the term chosen by the author, which does not exist. Inns in villages and hotels in towns are actually what she meant, but other than one reference to lodgings, we keep reading about the guesthouse.

There are waistcoats which are portly (rather than the men wearing them), and brows on ships, where men can stand.

Men want to step onto the “Regent's British soil.” “Regent” is not a synonym for “king” — do you suppose we should be singing “God Save the Regent”?  Later there's a reference to “now that the Regent sat the throne.” Thrones are the seats of anointed kings, not regents, even if they are princes as in this case.

The management of households

The rank of the heroine is never declared, but she is subject to an arranged marriage to the 5th son of a Duke and her parents were the wealthiest in the town, so she must be a member of the lower reaches of the aristocracy, if not higher. Her house is (sketchily) described in matching fashion — it's at least large and well-appointed, though envisioned more as a townhouse than an estate.

And apparently the house has not one single servant.

No one to bring tea, no one to dust all the furniture, no one to answer the door when someone knocks, no maid to help her dress, no cook, no one to tend the gardens, no one to do the laundry, no one to empty the chamber pots. If she has horses, no one responsible for their care. There is absolutely no one else in and around her house, not so much as a lapdog. And, apparently, no steward or business manager to run whatever estate or business her income derives from. If the income comes from rents, who collects them? If from a business (not appropriate to her presumed class), who manages it, now that her parents are dead?

Did her parents live this way, too? If not, was there a great firing of servants, a casting off of pensioners in the few weeks since her parents' deaths?

She answers her own door, and brings water to a guest. Every thing else about her household must be tended by the brownies, one presumes. I wonder where she gets the milk to pay them?

Where to start…  Her parents have arranged her marriage to a Duke's son, and then died before the wedding. She goes away to the wedding by herself. (No maid? No guardian? No chaperone? Who “gives this woman to this man”?) The groom jilts her at the altar, and later writes her to apologize and thanks her for not bringing a breach of promise suit.

Her parents were wealthy, and we can only assume she has no siblings, so she's an heiress. She is at least of a class that would not embarrass a Duke's family for a younger son. Are there no papers signed between the two families, defining inheritances, dowries, and all the economic components of arranged marriages between people of their class?

Is she her parents' heir? (If her father was titled, the title and an entailed estate (if entailed) might belong to someone else.) She returns after the failed wedding and lives alone, and the impact of any papers signed between the families is never mentioned. “Breach of promise” doesn't really cover it.

Unmarried young women do not live alone, whatever their age. They live with their families. If no family members can be located, they hire female companions. Not to do so would be scandalous, the sort of scandal that ruins reputations. 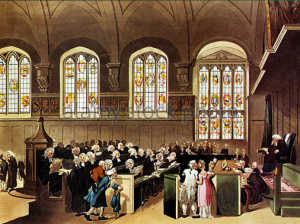 We don't know if she is of age or not, though there's no reason to believe she is. (Her wedding would typically be well before she was 21.) So she is probably also underage and thus in requirement of a guardian.

If her father didn't designate a guardian, then this would typically be someone in the family who was not a candidate for inheritance himself, should she subsequently die. If no one could be found, then the courts of Chancery would get involved, for an estate with money.

So, again — she wouldn't be living alone.

Society and its motivations

The heroine is repeatedly described as wealthy, her parents the wealthiest in the town. Her parents have recently died. Everyone knows who she is at the church.

She had returned from her wedding unmarried, without explanation, and the whiff of scandal follows her. In the five weeks since she has returned, no one has called upon her (maybe because they fear she will open her own door if they do — after all, every one of her callers would have at least a few servants of their own).

Now think about this… What are the odds that her parents were sponsors of various town organizations, in their capacity as lords of the manor or “the rich folk”? Would none of those organizations call upon the daughter to make sure the money would still flow? Would her vicar not call upon her, regardless of any speculative scandal that might keep society matrons away?

And about those society matrons… With a young and beautiful heiress at large (apparently with no guardian), is there any young man anywhere of the correct class in need of money whose mother wouldn't be glad to help him to a wife?

But, then, maybe everyone else is right to stay away, since her behavior is pretty reprehensible. She has chosen to live without chaperones (or servants) thus leaving herself open to scandal over potentially unclean behavior (and unclean household).

She enters the, um, guesthouse where the hero is staying, by herself (unlikely), announces to the vulgar crowd that she wishes to see the hero (exposing herself to catcalls), and asks to be shown to his room (impossible), where she is received, and the door is then closed.

No genteel female's reputation would recover from this. It's so implausible, that you can't picture a properly raised young woman doing it. There are many ways for her to arrange a meeting with the hero that don't involve this sort of carpet-bombing of her reputation, so this is completely unbelievable. 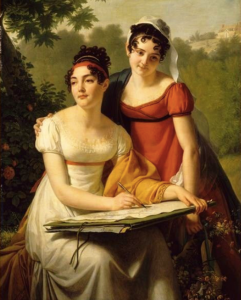 In the schoolroom, where our hero has only with difficulty forced open the small windows, our heroine wants to elude his grasp. So “lifting her skirts above her knees with both hands, [she] slipped out of the large gap and into the field.”

The “lifting skirts above her knees” is a level of immodesty that no upper-class virgin would permit. And picture, if you would, the typical Regency dress in fine materials and a jammed dirty window. I have trouble picturing the one passing through the other — how about you?

So, how does this happen?

I can well understand that Regency Romances aren't everyone's cup of tea, but I can't help believing that everyone who likes the genre well enough to write in it must surely have read at least the Jane Austen corpus. Unfortunately, I have read too many wannabes in this sub-genre to any longer give credence to my thesis — no one could have read the Jane Austen books and made this many mistakes.

Whatever you may say about the genre as a whole, Jane Austen was at least writing about her contemporaries, more or less. While I would call her novels comedies of manners rather than romances, still she is a reliable guide to the social behaviors of the period. The romance writers who follow her are writing about the mores of two hundred years ago — they would be well advised to pay attention.

There is no shortage of books out there describing “the world of Jane Austen” — it would be nice if all of the authors writing in this period demonstrated some evidence of reading them. While some authors in this sub-genre are better than others, none come close to the standards of Georgette Heyer. Certainly this author doesn't.

I can only speculate about the causes.

If your only knowledge of the Regency period in England comes from movies, I bet that explains a lot. Then the storytelling more closely resembles a game of “dress up” where everyone wears pretty clothing. But that's a game for children, not grown ups. If you like a movie, why wouldn't you read the book behind it? And learn more about the period?

The world-building is not serious. Economics are completely absent. There are few constraints recognized that are absent from the present world (travel, lodging, food, cleanliness).

For example, a wealthy young woman living alone after her parents' death in today's world might have no servants (just modern appliances), would think nothing of answering her own door, and would never think of a chaperone. Her money sits in a bank and she is not troubled with managing it actively. She might even marry without friends or family attending. If underage, she might have to work with an executor briefly.

When you shove that young woman into an historical period, you get fitful and inconsistent results, because the differences are invisible to the present world — servants (and pensioners), social obligations to sponsor local charitable causes, behaviors that are simply inappropriate, devastatingly so in the period. In this “anything goes” modern world, the notion that there are impermissible behaviors is something some authors don't seem to notice about the past, and if they can't see them, they can't internalize how those constraints can make the stories more interesting.

For certain writers, anything set outside of the modern familiar world fails to trigger that sense of falsity that would alert them to a possible error for a story set in their familiar place and time. They're blind to the mistakes.

These books strike me as pleasant daydreams, but they demonstrate a lack of seriousness that I find downright insulting as a reader. They operate in a gray area between fantasy and history without enough specificity and rigor to work well in either context. And without that grounding, I can no more care about the artificial characters and plot devices than I can care about a dream.