Releasing a series all at once or one at a time — which is better?

Posted in Just for Writers, and Release 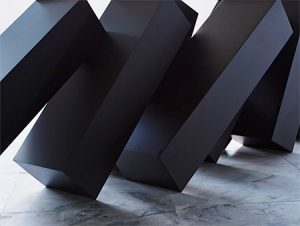 I'm just about to start writing a new series. Unlike some of my others, this one is open-ended, rather than coming to a natural (if extensible) close after just a few books.

Is it better to release the new series books one at a time as they're finished, or to write the first several, and then release them quickly, one right after another?

Easy to say — hard to analyze. Lots of uncertainty.

For my own curiosity, I built a spreadsheet to help me do the analysis, and I'm sharing that here with you. As always, I am not responsible for any errors in my assumptions or algorithms — please do your own calculations using your own assumptions.

Time to write a book in the series: 3 months. That's 4 books/year. Sometimes it might be faster, sometimes slower.

I assume my partners (cover artist, conlanger) can keep up. That should only be an issue as the release schedule begins to crowd the writing schedule.

Length of series: Even if I write ahead, the various models end up the same beginning with book 10, so 10 books is enough for this evaluation.

To analyze, you need numbers. Those numbers have enormous uncertainty associated with them. Tinkering with the parameters will give you an idea about the sensitivity of the results to the initial setting. Since I'm only interested in the comparative results of different plans, using the same parameters will help cancel out the uncertainty.

I've tried to lowball all the parameters. They are laid out on the right of the spreadsheet.

All of the rest of the series sells as a percentage of Book 1. These numbers are based on stable data from my shorter series and there's no way to tell if they are good predictors or not for a long series. Popular series have the potential for much higher sell-through (else why write volume 17 of a long-running series), but I wanted to keep this very modest.

You can see that if these parameters are correct, then a person who buys book 1 of a 5 book series is 60% likely to buy book 2, and (on average) likely to buy 1.5 more books altogether in the series (150%).

If I begin writing in November 2016, then Book 1 should be ready for release in February, 2017. Releasing each book as it comes out is what Plan F on the right models.

The possible models are constrained by my writing speed. Obviously I can begin to release books before writing the 10th one, but eventually, in all of these models, I will catch up, at book 9 if not before. I chose not to start releasing any later than January of 2018 for any of these models, out of concern for going a year without new publications. That extreme is in Plans A and D.

This set of numbers matches the above parameters. Let's see what it looks like as a graph.

The baseline is Plan F (do nothing — publish as each book is ready). You can see the rapid ramp up of Plans A & B which do a 1-per-month release for as long as they can until they catch up to the writing schedule. Plan C is a modification of that — release every two months as long as you can. Plan E catches up to the writing schedule too early and joins the baseline.

What happens if we tinker with the assumptions? Let's penalize the every-3-month release by having it reduce the growth of Book 1 (growth for 3-month gap is only .1 instead of .25).

That makes a big difference. The plans which can get books out sooner than every three months suddenly look good. Of course, the faster they release them, the sooner they catch up to the writing schedule and parallel the baseline. Plan C (a pure every 2 months) and Plan D (a hybrid – start late and do every month, then every 2 months) look a lot better.

What happens if go back to the first set of assumptions and add 5% to each of the book's series uptake (in other words, make book 3's uptake 45% instead of 40%)?

Why, nothing at all. The absolute number of units goes up, but the relative positions of the plans are unchanged. The models are not sensitive to the assumptions about series uptake quantities. Good to know.

Since Plan C keeps coming out on top by book 7, let's see how sensitive that is to the assumptions of the every-2-month release by having it reduce the growth of Book 1 (growth for 2-month gap is only .25 instead of .5, and the 3-month gap is .1 instead of .25). (Another way of saying your readers sure forget you when a new book isn't coming out.)

Another big difference. Now the plans that emphasize an every-month release soar past the every-2-months Plan C. So your weights in the parameters for how many new units you get for book 1 when new books come out, or when that skips a month or two, are very important.

Other benefits and costs

There are other considerations than just the comparison of these or other models.

You can easily organize pre-orders.

You can generate lots of pre-release buzz.

You can get pre-release reviews and advertising

A year without release causes all book sales to diminish. Do you lose more than you gain? Is the difference between Plan F (baseline) and your chosen plan smaller than the possible lower sales everywhere else for the year?

What if you stop the series early, for any reason? Check where the lines cross on the various models. Remember, you don't have to stick with just one plan — you can adjust it as you go along.