Broken Devices has been released

Posted in Broken Devices, Release, and The Chained Adept 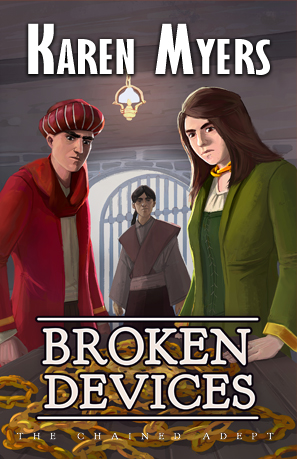 Book 3 of The Chained Adept

CHAINS WITHOUT WIZARDS AND A RISING COUNT OF THE DEAD.

The largest city in the world has just discovered its missing wizards. It seems the Kigali empire has ignited a panic that threatens internal ruin and the only chained wizard it knows that's still alive is Penrys.

The living wizards and the dead are not her people, not unless she makes them so. All they have in common is a heavy chain and a dead past — the lives that were stolen from them are beyond recall.

What remains are unanswered questions about who made them this way. And why. And what Penrys plans to do to find out.