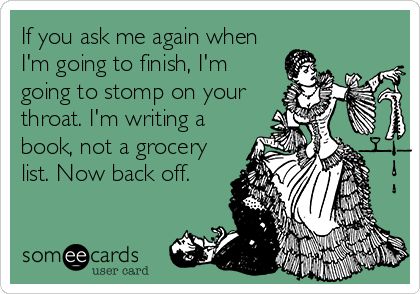 There’s a bit of the author in every character

Posted in A Writer's Desk, and Characters 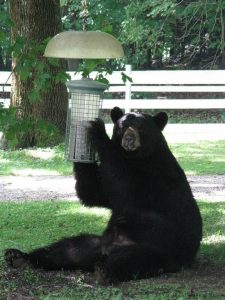 We're in the middle of a war right now, at my log cabin, and war often brings insight.

Let me explain… You see, Pennsylvania is one of those states where the black bears graciously allow a few humans to live, as long as they're good providers.

Over the last couple of years, the score has been roughly even, between the bears stealing birdfeeders and me trotting out in a nightgown with a flashlight yelling “Git outta here, bear!”

Just a couple nights ago, one of my dogs did his “that ‘possum must be back at the birdfeeders” routine at our family room window, and when I went to check, there was a black bear, wondering why we were shining a flashlight in his face. He'd already claimed those feeders — by god he wasn't going to give them back.

I prevailed upon my husband to fire in the air rather than pepper his rear with birdshot, and he levitated into the nearest bushes and kept on going. We slept the sleep of the righteous, and smiled all the more when we heard of his predations on our neighbor's feeders, on the other side of the ridge.

But, no, one loud noise in the air was apparently an insufficient deterrent. Early this morning he returned and thoroughly trashed all three of our standing feeders and, to add insult to injury, pried open the lid of one trashcan, leaving the bungie cords that held it closed in place, and demonstrated his dexterity on three garbage bags.

The fang puncture marks in the still-closed plastic container of chocolate ice cream were particularly eloquent.

As I destroyed my back picking up every little bit of foil, there was plenty of time to realize just how much of my diet was bear-friendly. We clearly both enjoyed sweet rolls, chicken, and especially chocolate (hence all the little foil wrapper bits). The manifestations of me (my diet) were what my (food) fan, the bear, wanted.

And that's how it is with a writer's characters. There's something of me in every character, even the murderous villains and the walk-ons. I have to believe that's part of what my readers enjoy. Bears find their banquets, and readers find their authors. 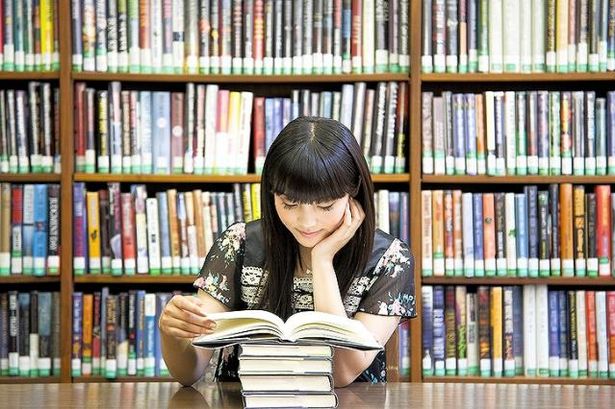