Audiobook edition of To Carry the Horn

Posted in Audiobook, Release, and To Carry the Horn 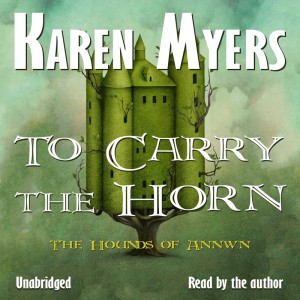 The streaming audiobook edition of To Carry the Horn, the first book of The Hounds of Annwn, is now available at retailers worldwide.

You can find a full (and growing) list of audiobook retailer links here.

I had a lot of fun producing this edition, and every reader who complained about my use of Welsh names should feel gratified that I was forced to say them myself. Repeatedly. Into an unforgiving microphone.

Audiobook edition of To Carry the Horn

Posted in Audiobook, Distribution, Just for Writers, Publishing, Release, and To Carry the Horn

More than two years ago I decided to experiment with producing an audiobook edition of To Carry the Horn, the first book of The Hounds of Annwn. Many new authors were having success with audiobook editions, and I wanted to get some experience with the market and the process.

I looked at the primary partner at the time (and still), ACX, where most people went for this service. The process was well-laid out and very thorough. They offer voice actors who charge by the finished-hour of recording. There are ways of having some of that cost subsidized. It's a very clean, seductive marketplace, bringing authors and voice performers together and distributing the results.

I went through the audition process and located a couple of promising voice actors but then I… stopped. You see, the costs to produce an audiobook are quite high.

Mistress of Animals has been released

Posted in Mistress of Animals, Release, and The Chained Adept 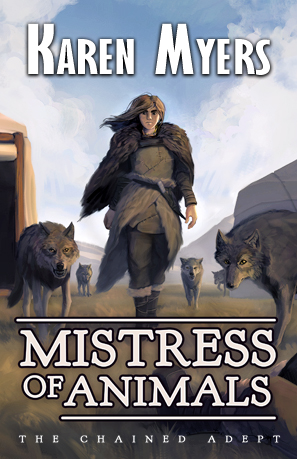 Book 2 of The Chained Adept

AN ERRANT CHILD WITH DISASTROUS POWERS AND NO ONE TO STAND IN HER WAY.

Penrys, the wizard with a chain and an unknown past, is drafted to find out what has happened to an entire clan of the nomadic Zannib. Nothing but their empty tents remain, abandoned on the autumn steppe with their herds.

This wasn’t a detour she’d planned on making, but there’s little choice. Winter is coming, and hundreds are missing.

The locals don’t trust her, but that’s nothing new. The question is, can she trust herself, when she discovers what her life might have been? Assuming, of course, that the price of so many dead was worth paying for it. 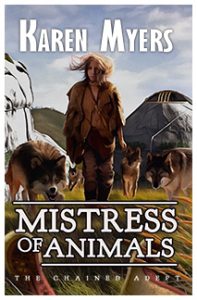 “Demon, I swear I’m going to eat your ears for breakfast.”

Penrys halted her horse, dismounted, and stomped back past her three pack horses to the beginning of the string of seven donkeys, the first of which had dug in his feet on the trail of the High Pass and was bawling like three demons instead of one.

The other donkeys fidgeted nervously and seemed inclined to join him, so Penrys probed to see if there was anything more than a fit of donkey sulks responsible.

Demon’s dominant mode was generally offended pride, but this time his mind showed her something different.

*Najud, something’s wrong. I think he’s afraid of something.*

Her companions mental voice chuckled. *Sure it’s not you he’s afraid of, Destroyer of Demons?*

After three weeks, the joke had worn thin to her. Perhaps the wizard they had destroyed had deserved the name, and maybe this donkey did, too, but she found the full title, applied to her, both ridiculous and embarrassing.

Guess Najud’s not going to bother to dismount and leave his own string to take a look.

She ran her hands over Demon and scratched under his chin in the spot he liked, and gradually he calmed down, placated by the attention. The others took their cue from him and settled.

She looked down their back trail. The view of the southern part of Neshilik, laid out below them, had been lost two days ago. Now only the steep scrambling slopes on either side were visible, along with the winding trail itself.

Footsteps behind her made her turn. Najud had come back to check on the donkeys, after all.

Najud had been making progress on his mind-probes of animals. He was cautious about relying on it—as he said, “I can see the start of a pack sore before the beast begins to feel it.”

“He’s calmer now, but you’re right, I think. Something alarmed him,” he said. “You can see why many clans put donkeys with the sheep herds, to act as guards against wolves.”

“Do they fight the wolves, or is it just the braying that makes them run away?”