Posted in Characters, and Heroes

It's a common bit of advice to write the books you want to read, and I think that makes good sense. Of course, if you're going to do that, it helps to understand why you like the books you like, so that you can put more of that into your own stories.

I enjoy many different sorts of books, and I read hundreds each year (no, really) and like lots of them. However, my re-read list of favorites that reliably engage me over and over is actually quite short. It's thoroughly idiosyncratic and includes a few guilty pleasures (like everyone's list). 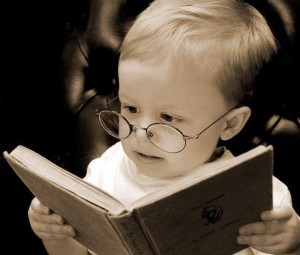 As you can see, not much of this list is what I would call respectable. It breaks down into four uneven categories.

Let's look at what I mean when I say “emotional engagement”, since that's what attracts me about this rather mixed bag, mixed quality lot. It's all about heroes.

For a juvenile book, lots of very bad things happen to this Victorian girl. She meets them all with courage and never gives up, supporting others where she can.

These early 1900s books were written as adult fiction but are so naive (and crippled by some of the strident causes of the time) that they survive mostly as pseudo-juveniles. What they share is a hero or heroine who struggles, often out of deep poverty or desperate circumstances, to become a moral person, actively seeking out a better life where they can benefit others.

Our hero's adventures raise him up and drop him down, and through it all he retains his sense of humor and fights on. Nothing stops him. “He was born with a gift of laughter and a sense that the world was mad.”

Our young heroes are clever, daring, and indomitable, moved by good will to lend assistance to others when needed.

Austen is a writer of what used to be called Comedies of Manners, while we class Georgette Heyer as Regency Romance. In Austen's case, her novels are contemporary, as Comedies of Manners tend to be. Even though the treatments are light-hearted, the heroines (and heroes) of this sort of romantic novel must actively seek out the right course of action to achieve a proper end, respecting the needs and opinions of families and friends.

Only the specific works on my list by these authors work for me for re-reading. In all cases, an ordinary man faces circumstances that require him to choose a course of conduct and carry it through, no matter what obstacles he encounters, avoiding damage to others if he can.

An extraordinary boy learns what it is to become a moral man and stand up to evil, defending his chosen family.

Atlas Shrugged is many things to many people, but I re-read it for the story of the moral dilemmas that its heroes and heroines face as they fight for what they believe is right.

Clearly what I find perennially appealing is the story of a hero who, faced with dire circumstances, never contemplates giving up, and whose character has a strong moral component with extra helpings of kindness and humor.

Many stories have such heroes, but part of what appeals to me is that, in these books, the hero's suffering and crises are explored by the author so that we truly dive down with him and ascend back up to a successful outcome, whatever its limits may be.

These are the struggles of a good man (or woman or child) to do what is right, despite the odds, with little cost-benefit analysis. They may die, but they don't break. These are not “realistic” heroes, full of cynicism and failings, nor reluctant heroes, unwilling to try and do what is right.

Why so few Science Fiction entries? When the idea is the story, the characters are sometimes held at a distance.