Posted in Characters, Structures of Earth, and The Affinities of Magic 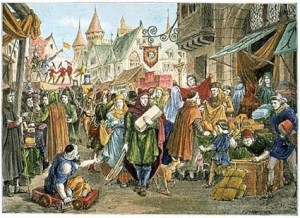 I’m in the midst of the first book in my new series (The Affinities of Magic), and it’s a very different writing process from my previous book, which was the fourth in its series (The Hounds of Annwn).

I’ve gotten to know my primary characters in the older series pretty well. I know what they would and wouldn’t do, and a good bit of how they interact with each other. In other words, I'm comfortable with them.

In novels of adventure, the sort of thing I write, you need a good story, a sound plot, and it’s a good idea to have the basics of that in your head

before you begin writing. Perhaps the details are hazy — maybe you don’t know exactly how certain things are going to happen — but I find I need at least a sketchy outline of the key plot points before I can start. Some authors are comfortable just writing into the void, but I’m not one of them. (The lessons of Wile E Coyote are all too vivid.)

Plots in and of themselves don’t scare me. I used to be a serious software engineer, and what is that but the instantiation of a fully realized product where all consequences are knowable (at least, after debugging).

But story comes from characters, and that’s my current sticking point. Who are all these people? 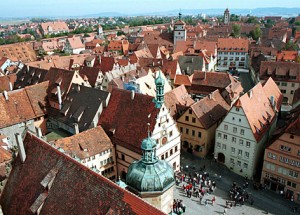 I’ve got me a setting, and an overall conceptual framework for the whole series, as well as the basic background architecture for each story, but I don’t have as good a handle on the characters yet as I would like.

The characters are my tools. They act and react. Nothing matters about the story unless it matters to them. A revolution halfway around the world means less than the look one character gives to another. And since this is the foundation story for what I expect to be a longish series, I want to set the stones solidly right at the start. Not all the series characters will be introduced in book 1, of course, but many of the primary ones will be. Most of the stories will be from the primary character’s point of view, but a few others will also carry the tale.

There are various writerly tricks to making characters more vivid. Some authors (not me) use Pinterest to pin up pictures of random people who embody their characters. You can write mini-biographies about them for your notes. You can give them accents (always a bit fraught in a fantasy world where broad Scottish might seem a bit… derivative). One thing I want to do is to give them different manners of speech — clipped vs elaborate, educated vs not, rural vs urban, old vs young.

But until the characters are vivid to me, I can’t make them vivid to my readers. I need to go back and hammer on Act 1 until I’m satisfied. Then the story will zoom along as the autonomous players just do what comes natural to them, and I take notes of what they tell me. Eventually, as I well know, I won’t be able to shut them up.