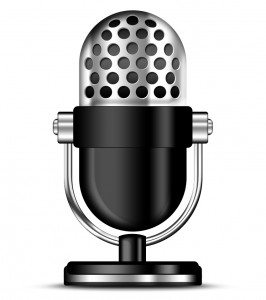 Chele Cooke has just posted an interview I did with her for her Sci-Festival, a series of blog posts interviewing authors of Science Fiction & Fantasy.

Here are the highlights…

How did you get into writing Sci-Fi/Fantasy?

I’ve been an avid reader of SFF since I was a child (I can well remember when paperbacks first became popular, and Ace doubles hit the local stores).

As a writer, what I like about Fantasy, in particular, is that you can make it quite as character-driven as you care to. In some ways, it shares with Westerns the notion that a man’s character is everything, and with Science Fiction the notion that there are innumerable new worlds of wonder held together by consistent rules that we can explore. Anything is possible in the Fantasy genre, and the stakes can be larger than life.

Which is the first aspect of a story you usually plan? The plot, the setting, or the characters?

While it’s the characters I really zero in on, it’s hard for me to visualize them without the world they live in. The story I tell has to be real for those characters – motive, reactions, flaws – but it has to be in a world that is also real, that operates by non-arbitrary and consistent principles.

What starts me on a story is often situational. For example, what if a young apprentice wizard’s only guardian/master dies before he can “graduate” and he needs to hide the death or end up back in the slums? What if he then goes on to become a sort of Tom Edison, lifting his culture from rote magic to something like an industrial revolution, the way alchemy transitioned to chemistry? This is the situational premise for my new series, The Affinities of Magic. The main character is already pretty clear to me, and his companions of all ages have been coming into focus for a while. He starts relatively young in the story because the plot demands it, but he will become an adult soon enough, because his character will demand it.

If you had to say that your stories were Sci-Fi/Fantasy crossed with something, what would it be?

That’s surprisingly tough to answer. The books in my series, The Hounds of Annwn, are Fantasy set in the contemporary world, but rural rather than urban, and mostly in a fae otherworld version of it. There are elements of Romance, but that’s not the main focus. They share with Science Fiction the requirement of consistent world building, even if magic-based. There’s a strong Adventure element, the joy of exploring a new situation and trying to adapt to it. The tale of how a paladin can develop from an ordinary modern man has something of the Western to it.

If I had to describe what the series is about, why it resonates with me, I’d say: it’s about a modern man who discovers what it takes to grow into his manhood in a world with infinite scope, to become a hero without changing what makes him human, to find a life worth living. And much of what he finds are simple things – family, work, friends, loyalty, responsibility, sacrifice.

What, or who, would you say is your greatest influence in your writing?

Without question, that would be J R R Tolkien. I read his works when they first became available in the US, when I was in high school, and then everything else once published. The obvious linguistic and historical consistency in the worlds he built was apparent even to a teenager. The appendices to the Lord of the Rings are what turned me ultimately from an advanced math student to a linguistics and mythology student, and it’s because of him that I studied many dead languages (mostly European), traditional literature, oral formulaic poetry, and mythology. None of this was because I expected to be a writer (that was forty years later) but because I found it absorbing. (I made my living in software and computer consulting companies.)

How did you come up with the idea for the book you’ve listed here?

My husband and I were driving through some glorious mountain scenery in Virginia, and I was lamenting the state of the economy. “How will we ever retire?” I said. My husband replied, “We should just retire to Elfland. I bet they hunt and fish there, and think of the books.”

This tickled me as a concept. I had been doing semi-pro foxhunting photography (http://www.KLMImages.com/virginiahuntingdiary) as a member of several hunts in Virginia, and the notion of a huntsman in Elfland suggested itself. Naturally, he would be involved with the Wild Hunt, a pack like (and unlike) any other, and the whole story for the first book, To Carry the Horn, just evolved naturally from there.

What was your proudest moment in the creation of this book?

Another tough question. I guess I’d have to say, staying true to the characters, letting them dictate what the plot had to do, in the long run. While I knew what the highpoints of the story were when I started, I wasn’t interested in arbitrarily driving my characters there. If their nature (and growth) didn’t do it, then the plot would have to adjust accordingly.

Have there been any points that had you doubting yourself? How did you get past them?

I have started new endeavors from scratch before (my first needlepoint project was a couch, not an eyeglasses cases, and I learned to play the violin in my thirties), so I was willing to dive in without a background in writing fiction. That lasted for about two chapters before I fell back and boned up on conventional story architecture, and started again. My analytical background was a big help in absorbing the basics of architecture and scene construction, but it’s the story itself that fascinates me. If the story is interesting to me, then all I can do is tell it the best way I know how. My readers have been kind enough to tell me it works for them, and that’s a tremendous thrill.

What is your favourite aspect of the Sci-Fi and Fantasy genres?

Unlimited scope. You can construct anything consistent, and put real characters into the world to test it and themselves.

What is the element you like the least about the Sci-Fi and Fantasy genres?

Inconsistency in general. Nothing throws me out of a story faster than characters who don’t behave plausibly, worlds without realistic economic underpinnings, worlds without a sense of history behind them. Unlike any other genre, SFF requires the author to build worlds that do not currently exist (at least in full), and so the constraints of reality provide insufficient check to prevent inattentive authors from stumbling.

What grates on me most is the dreadful linguistic background most authors have, where names clank along with no sense of their language origins or historic compatibility. Few of the fantasy authors who sprang into existence on the coat-tails of Tolkien seem to have an ear for this.

Discounting ‘because I’d have made a lot of money’ (if that is the case,) which Sci-Fi or Fantasy book/tv series/film do you wish you’d written, and why?

Well, I can hardly aspire to be Tolkien. Failing that, few of the works I most admire are compatible with my style, so I could never have written them. I suppose the Jim Butcher Harry Dresden books would come closest, with their focus on the growth of an adult hero, constrained by the realities of character and setting.

If I could wish for gifts not my own, I would look to Terry Pratchett.